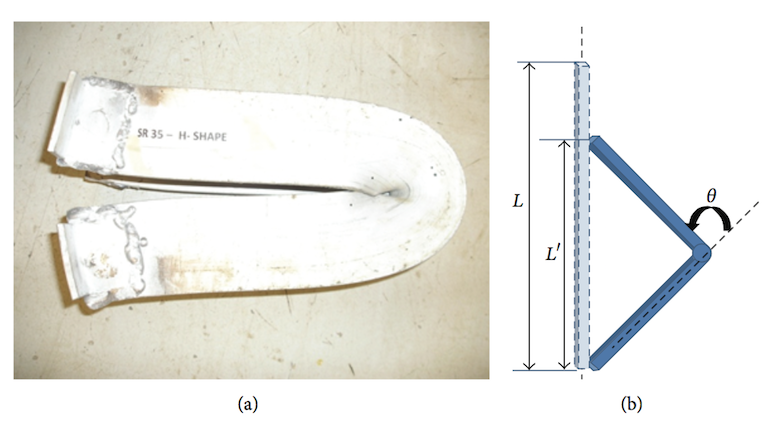 Abstract: This paper investigates the energy dissipation potential of axially loaded columns and evaluates the use of a plastic hinge model for analysis of hi-rise building column collapse under extreme loading conditions. The experimental program considered seven axially loaded H-shaped extruded aluminum structural section columns having slenderness ratios that would be typical of floor-to-ceiling heights in buildings. All seven test specimens initially experienced minor-axis overall buckling followed by formation of a plastic hinge at the mid-height region, leading to local buckling of the flanges on the compression side of the plastic hinge, and eventual folding of the compression flanges. The experimental energy absorption, based on load-displacement relations, was compared to the energy estimates based on section plastic moment resistance based on measured yield stress and based on measured hinge rotations. It was found that the theoretical plastic hinge model underestimates a column’s actual ability to absorb energy by a factor in the range of 3 to 4 below that obtained from tests. It was also noted that the realizable hinge rotation is less than . The above observations are based, of course, on actual columns being able to sustain high tensile strains at hinge locations without fracturing.

Read at the Journal of Structures.