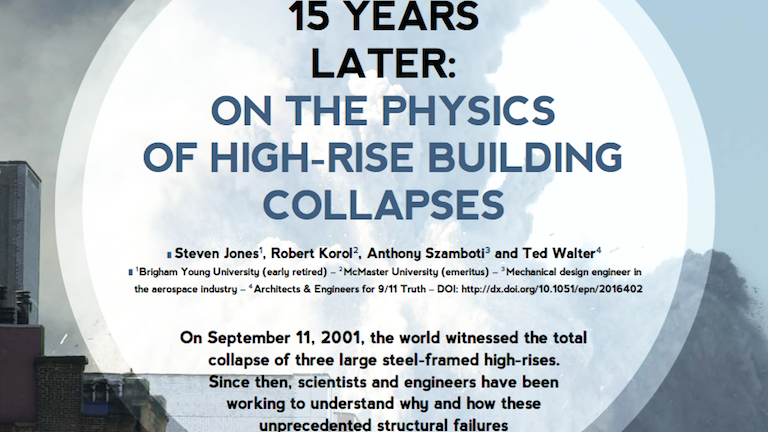 15 years later: on the physics of high-rise building collapses

Abstract: On September 11, 2001, the world witnessed the total collapse of three large steel-framed high-rises. Since then, scientists and engineers have been working to understand why and how these unprecedented structural failures occurred.

Note: This article has received more than one million views since its publication on August 24, 2016, and prompted a former employee of the National Institute of Standards and Technology (NIST), Peter Michael Ketcham, to speak out for the first time. In the subsequent November 2016 issue of Europhysics News, Ketcham wrote a letter to the editor, "Thoughts from a Former NIST Employee," condemning the NIST World Trade Center reports.