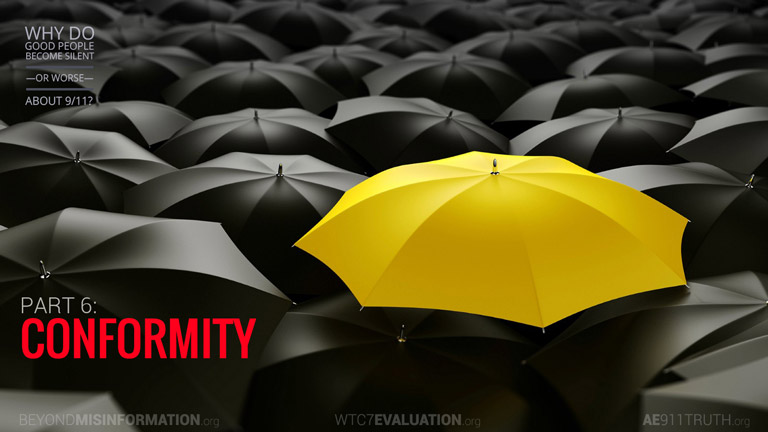 Part 6: Conformity and the Spiral of Silence

In Part 6, we continue Ms. Shure’s analysis with the Solomon Asch experiments on conformity and Elizabeth Noelle-Neumann’s theory of the “spiral of silence.” 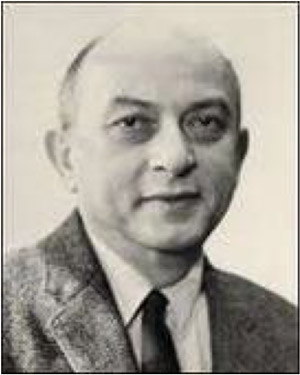 In the early 1950s, experiments by Solomon Asch of Swarthmore College vividly demonstrated our human proclivity to conform to a group’s prevailing view. Several students selected prior to the experiment were instructed to act as if they were subjects of the experiment, whereas in reality, they were confederates, or plants. These confederates were all instructed to give the same wrong answer in identifying the length of a line on a card. One real and unsuspecting subject then joined the group, and when the experiment was under way, an instructor assigned the task of matching the length of a line on a card to the correct line among three different sized lines on the same card or another card. In 36.8% of the cases, the real subject would abandon his or her original right answer and would agree instead to the other participants’ unanimous wrong answer.1

This brilliant research clearly shows the power of peer pressure to persuade individuals to conform to the majority. The result was consistent in succeeding experiments unless, in a variation of the experiment, there was one other “partner” (also a confederate), who gave the correct answer before the real subject answered. If this one supportive partner was present, the subject acquiesced to the majority opinion only one-fourth as often, showing the power of an ally to provide the courage to remain independent, although many of the subjects would deny that such a partner had any influence on their answers.2 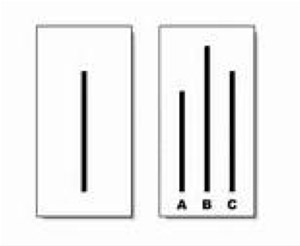 Cards used in the conformity experiments

Why did 36.8% of the students conform? Through interviews, it was discovered that sometimes they were convinced that the others were right. This is called “informational conformity.” Others conformed because they were apprehensive that the group would disapprove of them if they were deviant. This became known as “normative conformity.”

Another variation of the experiment had the subject arrive late, and because of this, he or she would be required to write down the answers privately, which resulted in conformity dropping by two-thirds. When the subject could keep his or her answer private, there was, once again, more ability to remain independent.3

The lesson of these experiments will not be lost on 9/11 skeptics and activists. We can see from the polls4 and from our personal experiences in approaching others that more and more people are willing to listen to the evidence we present and to speak openly about 9/11 as a false flag event. Indeed, the unanimity of the official account has been well punctured, despite the irresponsible refusal of the corporate-owned media to question the official governmental account.

There are many, nonetheless, who are not yet informed, and who will inevitably find this issue very challenging, so we must keep speaking our truth calmly and rationally about the clear evidence while avoiding speculation, which gives a resistive person an opening for arguing and for dismissing the solid evidence.

In another study illustrating our human tendency to conform, German social scientists in the 1960s and 1970s noticed that during two different elections the intentions of voters regarding whom they would vote for were neck-to-neck, but the expectations of which party was actually going to win gradually took on a separate and independent reality. In each case, the party whose supporters were more vocal, enthusiastic, and willing to display their convictions became the party expected to win, even though the intentions of the voters remained stable, in a dead heat.

In each of the elections, the German citizens’ expectations as to who would win grew week by week. Then, at the last minute, a swing occurred, and enough citizens (in the millions) jumped on the bandwagon of the expected winner to give the election to that candidate.

How did this come about? Those who were most convinced that their political parties and candidates were the best expressed their views openly; they were convinced that their views would eventually be adopted by nearly everyone. Those who rejected these views felt left out; they withdrew and fell silent. This dynamic made the expected winner seem even more popular than that candidate actually was. In a spiraling process, the social pressure encouraged people to proclaim their views or to keep quiet. This process is called the “spiral of silence.”5

The German researchers found that, in an apparently unconscious process, people quit standing up for the losing candidate about twelve hours in advance of when public opinion was announced that support for that candidate had deteriorated.6

How do social scientists explain this “bandwagon effect”? Everyone, they say, wants to be on the winning side — to belong with the winner. Think of our football games: how buoyant, how elated we feel when “our team” is the winner, and how deflated we feel when it is the loser. Whether it be sports teams or political parties, there is a human need to identify with the winner, and to proclaim this identification to others.

When it comes to elections and the spiral of silence, German political scientist Elizabeth Noelle-Neumann insightfully explains:

No one wants to be isolated…so isolated that neighbors look the other way when they pass you on the stairs to your apartment, or fellow workers move away, leaving an empty seat next to you. We are only beginning to observe the hundreds of signals that let a person know that he or she is not surrounded by a warm glow of sympathy, but by a ring of avoidance.

Repeated questioning of the same people…revealed to us that those who feel they are relatively isolated from others…are the ones most likely to participate in a last-minute election swing. Those with weaker self-confidence and less interest in politics are also likely to make a last-minute switch. Because of their low self-esteem, few of these people ever think of being on the winning side or playing the trumpet on top of the bandwagon. “Running with the pack” better describes the situation of those who “go along.” Yet this situation applies, more or less, to all mankind. When people think others are turning away from them, they suffer so much that they can be guided or manipulated as easily by their own sensitivity as by a bridle. The fear of isolation seems to be the force that sets the spiral of silence in motion.7 (emphasis added)

A friend of mine is fond of using the term “the middle of the bell curve” to illustrate our human tendency to conform to, and blend with, the standards and styles of one’s peers in all ways, including the homes we live in, the cars we drive, the hairstyles we sport, the clothes we wear, and the candidate we support. We want to be respected, and we want to belong to and be liked by our group of friends. To achieve these goals, we believe we must be like our friends. We do not want to be on the fringe of our group of friends. We want to be seen as “normal.” If we take minority views on unpopular issues, we can become afraid that our reputations will be tarnished, that we will not be respected, and that we will be ostracized — at least by friends and colleagues, as family can sometimes be more tolerant.

Skeptics know well this feeling of isolation that arises from refusing to believe what officials have told us about 9/11, but we can especially feel ostracized if we speak up about the evidence that contradicts the official story. We are in a minority on a very emotional issue, one that elicits fear in most people.

A remark by the director of a prominent peace and justice organization illustrates this basic human fear: When I asked if her organization would cosponsor a speaking event with our 9/11 Truth organization, instead of answering me, she spontaneously and energetically asked, “Fran, have you lost a lot of friends due to your work with 9/11?”

In another conversation, as I was telling an acquaintance about my educational work as a skeptic of the official 9/11 story, she immediately lost eye contact with me, drew her body up and back, and announced with a tone of finality and authority, “In our family, we believe that 9/11 happened because of incompetence by the government.” I was to understand, it appeared, that her family was intelligent enough not to buy the official story in its entirety, but they had chosen to endorse a respectable alternative analysis that kept them solidly within the center of society. It was clear that there was no room for further discussion.

In these cases, the human social need to remain in the middle of the bell curve, to adhere to social norms in order to keep one’s reputation and respectability intact, trumps evidence, openness, and curiosity — as well as the human need for truth. Of course, there are always exceptions, as the Diffusion of Innovations studies clearly show.

Human societies are, of course, diverse. Some people encourage us to keep our society stable and predictable, while others encourage us to move it forward. If we could find and maintain our human connections &mdash ;our love and respect for each other — while expressing our divergent views, then we would have a wonderfully stable and dynamic society, one capable of manifesting civilization's highest potential.

It takes individuals who are psychologically secure to consider divergent views open-mindedly and respectfully. Such secure individuals are also more prone to stick to their own opinions if supported by the evidence, in contrast to those who become caught in a spiral of silence, such as those who jumped on the bandwagon in the last moments of the German elections, and unlike the 36.8% of the Asch subjects who abandoned their correct answers in favor of the wrong answers of the majority — in short, unlike those relatively insecure individuals who feel a greater need to be liked than to be free to have their own opinion.

The Milgram, Elliott, Zimbardo, Festinger, and Asch experiments, and Elizabeth Noelle-Neumann’s theory of the spiral of silence all show characteristics of “groupthink,” a subject we shall explore next.

6Lance deHaven-Smith, Conspiracy Theory in American (University of Texas Press, 2013), 191-192
Prof. deHaven-Smith analyzes the history of the development of the derogatory nature of the term “conspiracy theory,” tracing it to a CIA propaganda campaign to discredit doubters of the Warren Commission report. In this light, the use of this pejorative term can also rightly be seen as an offensive tactic to shame, censure — and thus censor the speech of — those who question the government's official account of events.

7Elizabeth Noelle-Neumann, The Spiral of Silence.