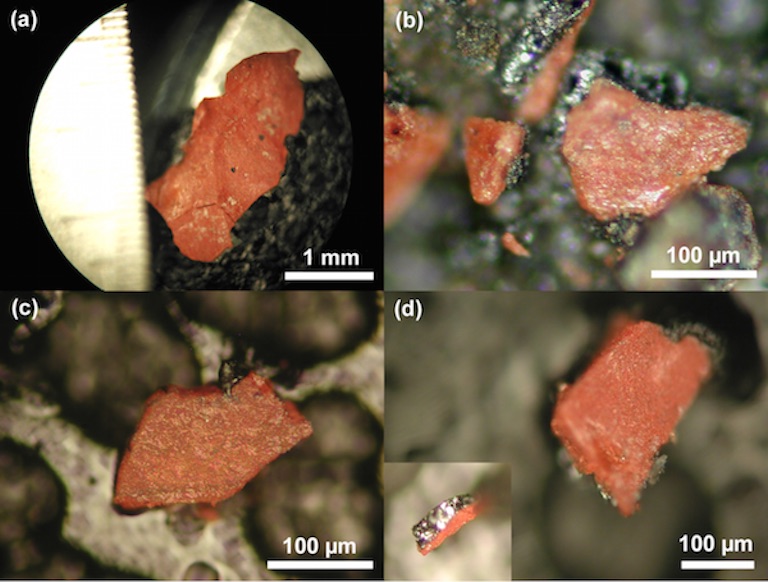 Starting in 2007, a group of independent researchers began examining the dust from the World Trade Center disaster to see if identifiable residues might help explain the highly energetic destruction that was observed in the videos. Naked-eye and microscopic examination revealed numerous tiny metallic and magnetically attracted spheres and red/gray chips, quite distinctive in the dust samples. 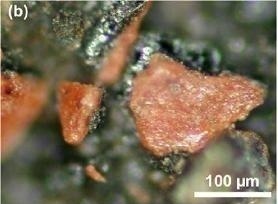 The existence of iron-rich microspheres in the WTC dust was documented in 2004 and 2005. But nothing yet had been published about the red/gray chips in the dust until Steven Jones first described them in 2007. What might have been misinterpreted as the residue of common paint when seen with the naked eye proved to be a highly energetic advanced nano-composite material. 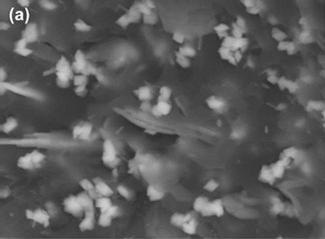 The material in the red layer consists of intimately mixed particles of iron oxide and aluminum embedded in a carbon-rich matrix. The particles range in size from tens to hundreds of nanometers. Elemental aluminum was present in thin plate-like structures, while iron oxide was present as faceted grains, roughly 100 nm across – about a thousand times smaller than a human hair.

Iron oxide and aluminum are the ingredients of classic thermite, an incendiary that burns unusually hot at approximately 4500°F, producing aluminum oxide and molten iron. The carbon content of the matrix indicates the presence of an organic substance.

When the red/gray chips were heated to about 430° C. (806° F.), they ignited, releasing relatively large amounts of energy very fast. This behavior matches “fairly closely an independent observation on a known super-thermite sample”, as reported in a paper published by researchers associated with Lawrence Livermore National Laboratories. The residue of the ignited red/gray chips included iron-rich spheres, “indicating that a very high temperature reaction had occurred, since the iron-rich product clearly must have been molten to form these shapes.” The chemical signature of the spheres and spheroids “strikingly matches the chemical signature of the spheroids produced by igniting commercial thermite, and also matches the signatures of many of the microspheres found in the WTC dust.”

The scientists concluded based on all their findings that the red layer of the red/ gray chips “is active, unreacted thermitic material, incorporating nanotechnology,” and that it “is a highly energetic pyrotechnic or explosive material.” See the published study for the remainder of the findings.

Energetic nanothermitic compounds have been researched since the 1990s. One “advantage” of nanothermites as stated in the literature is their ability to enhance the destructive effect of high explosives; the high rate of reaction in nanothermites allows the main explosive charge to release its energy even faster when nanothermite is used as an igniter. Such igniters also do not leave behind lead-containing residues as lead azide igniters do. Nanothermitic composite materials have been extensively researched by US national labs. The energy release of these special materials can be tailored for various applications, they can be designed to be explosive by adding gas-releasing compounds (such as what the matrix of the WTC chips' red layer might consist of) and they have potential for easy storage and safe handling.

As of 2002, the production process at the Naval Surface Warfare Center for ultra fine grain (UFG) aluminum, alone, required several pieces of high-tech equipment. The article states: “The current state of UFG aluminum production is that this is an area that still requires considerable effort” (AMPTIAC Quarterly, Special Issue, “DOD Researchers Provide A Look Inside Nanotechnology,” 2002).

Red/gray chips, with a red layer that comprises ultra fine grain aluminum platelets intimately mixed with faceted grains of nanosized iron oxide, embedded in a carbon-rich matrix, cannot have been widely available in 2001. Niels Harrit, lead author of the study, stated “These new findings confirm and extend the earlier finding of previously molten, iron-rich microspheres in the World Trade Center dust. They provide strong forensic evidence that the official explanation of the WTC’s destruction is wrong.”

Given the explosive nature of the destruction of the WTC Twin Towers along with the finding of this high-tech nanocomposite pyrotechnic or explosive material in the WTC dust samples, there exists strong evidence which should compel all who are aware to be active in supporting AE911Truth in our effort to obtain a real investigation.