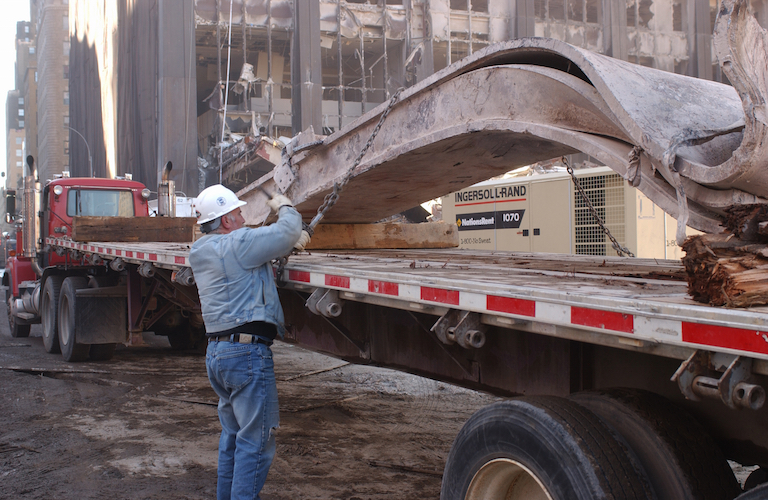 The destruction of the three World Trade Center skyscrapers on 9/11 caused the greatest loss of life and property damage in U.S. fire history and constituted the largest structural failures in world history. This event should have received the most thorough investigation of any event in history. 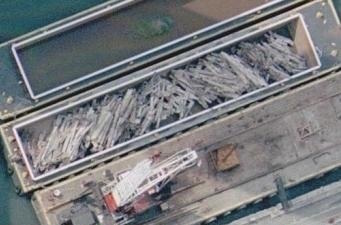 Instead of being analyzed to determine the cause of failure, the WTC steel was rapidly shipped off to China for recycling.

Even with ordinary house fires evidence is collected and an investigation is performed in order to determine the cause, especially if foul play is suspected. But the WTC investigations performed by the National Institute of Standards and Technology (NIST) were at best incomplete and at worst criminally fraudulent. FEMA cleanup workers and NIST engineers alike completely ignored the most obviously relevant and applicable recommendations of the National Fire Protection Association, NFPA 921, the nationally accepted guideline for fire and explosion investigation.

The 9/11 disaster scene in Manhattan, dubbed “Ground Zero,” should have been treated as a crime scene in accordance with 9/11's immediate appellation “the Crime of the Century,” in greater measure than simply as the scene of a terrorist attack that would immediately be labeled an “act of war.” Certainly material and debris, where injured people might be trapped, had to be removed as quickly as practical. But, as important evidence, it should have been taken to a secure site for further investigation. NFPA 921 states: 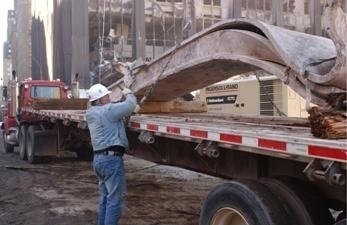 400 truckloads of steel per day were removed.

“Once evidence has been removed from the scene, it should be maintained and not be destroyed or altered until others who have a reasonable interest in the matter have been notified.” Moreover, after there was no reasonable hope of finding any more victims alive, there was no longer any need for the headlong rush to dispose of the steel.

As the NIST report admitted, the three WTC skyscrapers whose destruction was blamed primarily on fire were the only cases of modern steel-framed high-rise buildings in world history to have ever completely collapsed because of fire. The structural steel was therefore extremely important evidence. Yet this evidence was quickly hauled away by up to 400 trucks per day and taken … where? Not to a secure place to await inspection, but to barges where it was readied for shipping.

Instead of being analyzed to determine the cause of failure, the WTC steel framing pieces were rapidly shipped off to India and China for recycling. New York Mayor Rudi Giuliani, a former prosecutor, surely knew the importance of securing evidence – and that the law in fact requires it. Yet, of the 200,000 tons of structural steel contained in the Twin Towers, only a few hundred pieces were saved. And, only one piece of steel framing said to have come from WTC 7 was saved.

According to Erik Lawyer, founder of Firefighters for 9/11 Truth, officials in charge of the scene admitted that “the majority of the evidence was destroyed.” Building fire expert and editor-in-chief of Fire Engineering Magazine Bill Manning wrote, “Such destruction of evidence shows the astounding ignorance of government officials to the value of a thorough, scientific investigation…I have combed through our national standard for fire investigation, NFPA 921, but nowhere in it does one find an exemption allowing the destruction of evidence. To treat the September 11 incident any differently would be the height of stupidity and ignorance… The destruction and removal of evidence must stop immediately.”

NIST ignored clear evidence of explosives and incendiaries in the destruction of all three high-rises. NIST excluded anything that happened after the so-called point of collapse initiation from the Twin Towers investigation despite that one of their stated “objectives” was to determine “how WTC 1 and WTC 2 collapsed.”

Hundreds of first responders and others on the scene reported hearing explosions – yet NIST ignored them. More than 100 of these reports were recorded by orders of Fire Commissioner Thomas Von Essen in October of 2001, but the City of New York withheld this key evidence until forced by the New York State Court of Appeals to release it in August 2005.

NFPA 921 calls for the consideration of the possibility of exotic accelerants or explosives when “pulverized concrete”, “high order damage”, and “lateral ejection of building elements” are found. Pulverized concrete covered all of lower Manhattan and comprised up to 30% of the WTC dust. The Twin Towers were completely destroyed down to their individual structural elements, and ejected as far as 600 feet.

NFPA 921 states that accelerants should be investigated in any fire crime scene and that molten steel may indicate the use of thermite, an incendiary and accelerant. Yet NIST did not look for thermite. Since then, however, independent scientists have found a high-tech version of thermite, known as nanothermite, in dust samples collected from the WTC site. Previously molten iron micro-spheres had already been found in the WTC dust by USGS researchers and environmental engineers, further indicating high temperatures associated with the use of thermite. 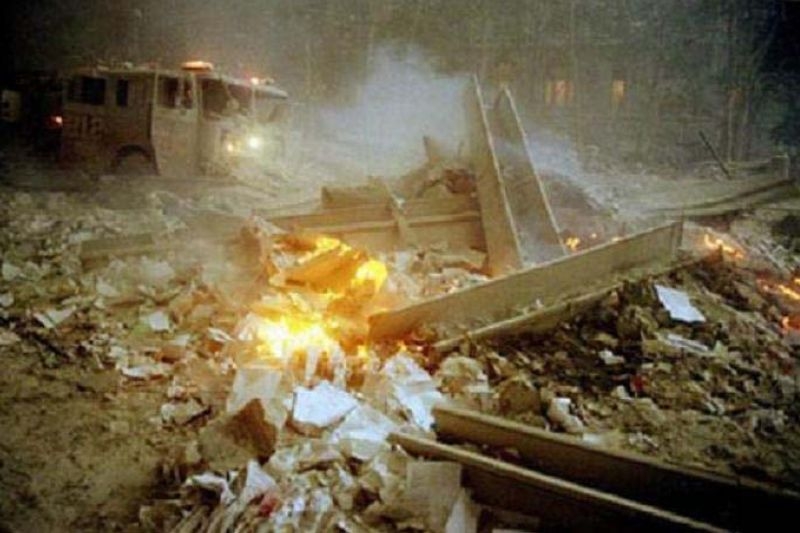 Molten metal witnessed by dozens was completely omitted from the NIST report.

More than two dozen eyewitnesses have reported seeing molten steel in the basements of all three WTC high-rises. This is confirmed by photos and verified by infrared satellite images indicating extremely high temperatures. Yet John Gross, Lead Engineer for NIST, denies even having heard any reports of molten metal at Ground Zero.

NIST stated in 2007 on its website to have the “vision to lead the world in methods of measurement and prediction of the behavior of fire and its effects.” Conspicuously, NIST never has shown any interest in investigating the unusual, allegedly fire-related, high temperature phenomena in the WTC collapse piles.

It is clear that the actions by NYC/Port Authority officials, FEMA managers, and NIST engineers relative to the collection, preservation, and analysis of the evidence of this monumental crime looks more like a cover-up than an investigation. AE911Truth is dedicated to obtaining a real investigation that properly accounts for all the evidence and which uses the scientific method to analyze it. Join us in this historic pursuit of justice.