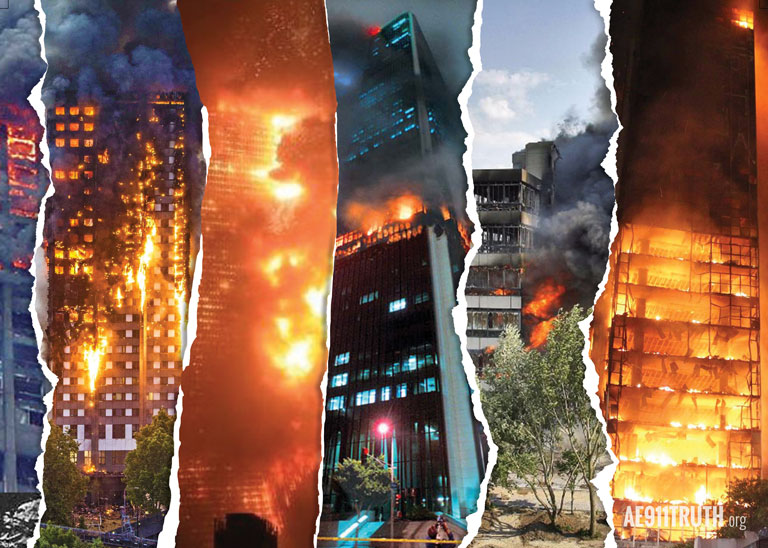 For the Record: Only Three Steel-Frame, Fire-Protected High-Rises Have Ever Collapsed Ostensibly Due to Fire

The need for this record became apparent as a spate of high-profile fires occurred in recent years, including the Grenfell Tower fire in the United Kingdom and the Plasco Building fire and explosion incident in Iran.

In compiling this record, one of our concerns was to ensure that improper comparisons are not made between different building types. Another concern was to clarify that World Trade Center Buildings 1, 2, and 7 remain the only steel-frame, fire-protected high-rises to have experienced total collapse ostensibly due to fire.

In addition to the record of major high-rise fires, we have published a new FAQ that addresses the question: Has there ever been a total collapse of a steel-frame, fire-protected high-rise besides World Trade Center Buildings 1, 2, and 7?